Cal Performances provides Berkeley students the opportunity to perform in Zellerbach Hall alongside the Mariinsky Ballet and Orchestra in the company’s legendary production of La Bayadère, Esa-Pekka Salonen conducting London’s Philharmonia Orchestra in the world premiere of the Jimmy López’s oratorio Dreamers, and more. Students say the experience is “mind-blowing.”

“Performance opportunities of this kind are unique to UC Berkeley,” says Zachary Manlapid, a recent Cal graduate. In March 2019, he sang in the UC Berkeley Chamber Chorus with London’s Philharmonia Orchestra in the world premiere of Dreamers, a new oratorio co-commissioned by Cal Performances and conducted by Esa-Pekka Salonen, music director designate of the San Francisco Symphony. For Manlapid, performing this challenging work alongside accomplished professionals brought Cal’s student musicians to a new level of mastery; “if we can sing this, we can almost sing anything.”

Participating in Dreamers provided student performers with more than just new opportunities to improve their technique. Composed by Jimmy López, who earned his Ph.D.  in Music from UC Berkeley in 2012, the work was written with a libretto by Pulitzer Prize winner Nilo Cruz. Dreamers sets to music the stories of undocumented immigrants and is informed by interviews with members of UC Berkeley’s undocumented community. For Jennifer Liu, who sang with the first sopranos in the chorus, the experience was a reminder that “music isn’t just about notes and rhythms.” Liu cried each time she sang the fifth movement, which is about “a mother fighting for her son. It really hits home.”

The Chamber Chorus performed the piece before a large and  enthusiastic audience at Zellerbach Hall, the ensemble members wearing orange ribbons together in support of diversity and tolerance. “It was unforgettable,” says Manlapid. “I loved every moment of it.”

This isn’t the only time recently that students have enjoyed the opportunity to join world-class artists on Cal Performances’ stages. In the fall, a selection of undergraduates appeared in walk-on parts as elaborately costumed characters (pictured) in the Mariinsky Ballet and Orchestra’s six performances of La Bayadère, an iconic 19th-century story ballet made famous by the renowned Russian company. The students with majors as varied as biology, astrophysics, economics, and sociology, participated in rehearsals and worked directly with Mariinsky’s skilled ballet masters to ensure that their body language fit seamlessly into the production that features a host of graceful dancers and regal characters. While they were not required to dance, the students played an important role in enhancing the opulent atmosphere on stage, adding to the breathtaking scenery by holding set pieces during the performances.

The Zellerbach Hall stage provided yet another opportunity for UC Berkeley students to take the stage this fall. Ryan Lee, a fourth-year Cal student, has been a violinist in the UC Berkeley Symphony Orchestra for over a year now, but his view from the Zellerbach Hall stage on November 17 was unlike anything he’d ever experienced in the ensemble. For one thing, the orchestra normally performs in Hertz Hall, a venue a third the size of Zellerbach—and it usually performs classical music. But on this occasion, the orchestra was providing the music for Video Games Live, a multimedia production hosted by the show’s creator, director, and producer Tommy Tallarico. Accompanying footage from a selection of popular video games such as Legend of Zelda and Final Fantasy, the orchestra found itself playing before an enthusiastic crowd. 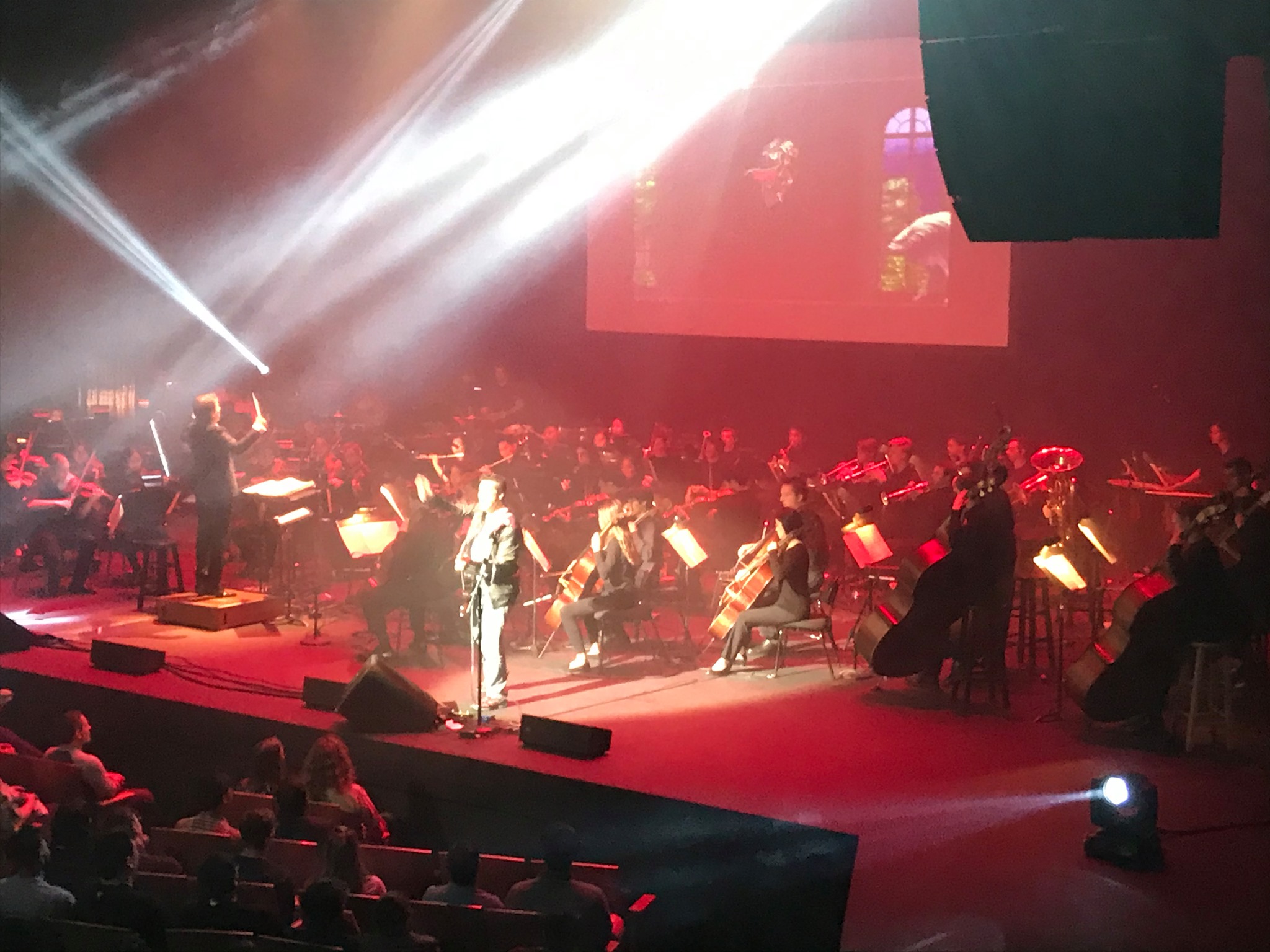 To many students, getting to perform on such a grand scale is electrifying. “Looking into the audience was a totally different feeling. People were cheering!” said Lee.

This spring, 20 members of the groups that make up UC Choral Ensembles will again appear on the Zellerbach Hall stage, when they join the beloved Irish traditional music group The Chieftains, performing two classic pieces, “Shenandoah” and “Anthem.”

Welcome back! Tickets on sale now for the thrilling return of LIVE performances!

To read stories about the ways in which Cal Performances engages with the students, faculty, and staff at UC Berkeley, sign up for our email club and check the ‘Campus Connections’ box.