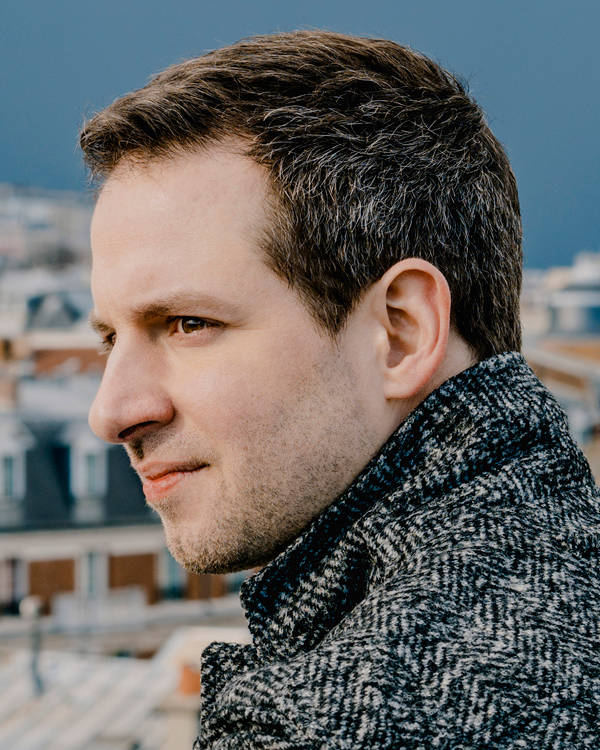 Born in Toulouse, Bertrand Chamayou’s (piano) musical talent was noticed by pianist Jean-François Heisser, who later became his professor at the Paris Conservatory. He completed his training with Maria Curcio in London.

Chamayou’s recording of Saint-Saëns’ piano concertos won the Gramophone Recording of the Year Award in 2019 and he has been awarded France’s Victoires de la Musique on four occasions. He has an exclusive recording contract with Warner/Erato and was awarded the 2016 Echo Klassik for his recording of Ravel’s complete works for solo piano. Last June, he released a new recording of Messiaen’s Vingt Regards sur l’enfant-Jésus and performed it at Festival Ravel, a new series situated in France’s Basque country of which Chamayou is co-artistic director.