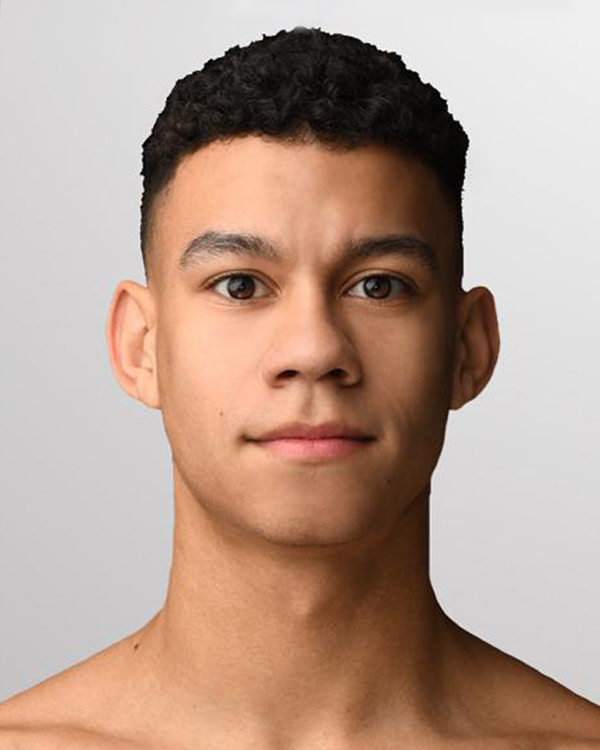 Brandon Michael Wool­ridge (Spring Hill, FL) began his dance training at John Leggio’s Center for the Performing Arts at age 11 in his hometown, where he first learned about the Ailey legacy through Ailey Arts in Education. He graduated from F.W. Springstead High School and performed in a production of Joseph and the Amazing Technicolor Dreamcoat at the Show Palace Dinner Theatre. Woolridge trained as a scholarship student at The Ailey School, where he performed works by choreographers Ronald K. Brown, Darrell Grand Moultrie, Earl Mosley, and Troy Powell, and appeared in Alvin Ailey’s Memoria during Ailey’s 60th Anniver­sary season at New York City Center. He was briefly with Ailey II before joining the company in 2019.