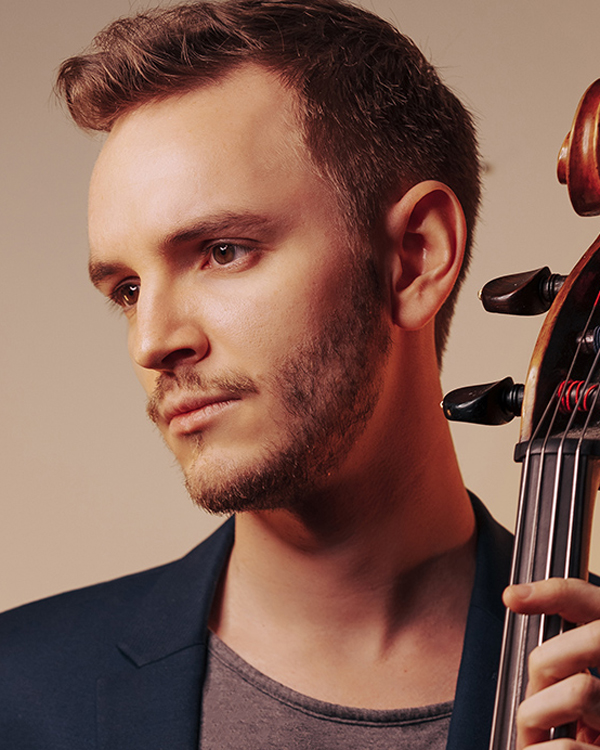 Coleman Itzkoff is a cellist and performer currently based in New York City. Hailed by Alex Ross in the New Yorker for his “flawless technique and keen musicality,” he enjoys a diverse musical life, playing classical, contemporary, and Baroque cello interchangeably, in addition to arranging and improvising music. Recent highlights include performances with the Houston Symphony, San Diego Symphony, and Cincin­nati Chamber Orchestra; chamber performances at La Jolla Summerfest, Yellowbarn, and Marlboro Music Festival; and Baroque performances with Ruckus at Caramoor and the Philadelphia Chamber Music Society, as well as the release of the film and soundtrack for the Amazon Original The Mad Women’s Ball, for which he was the sole arranger and cellist.

A true interdisciplinary artist of the 21st century, Itzkoff has been featured in several projects as not only a musical artist, but as an actor and dancer as well, appearing on both the stage and on film. He is a long-time collaborator with the director and choreographer Bobbi Jene Smith, having appeared live in her work Lost Mountain and in her upcoming film Broken Theater, and is a founding member of AMOC, the American Modern Opera Company, which most recently served as guest music directors of the 2022 Ojai Music Festival. Itzkoff holds a bachelor’s degree in music from Rice University, a master’s degree in music from USC, and has earned an Artist Diploma from the Juilliard School. For more information, please visit colemanitzkoff.com.