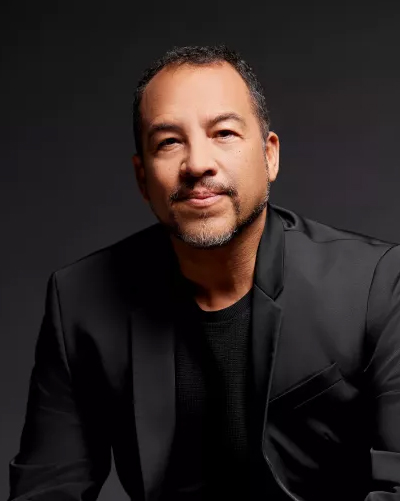 Eduardo Vilaro is the artistic director & CEO of Ballet Hispánico (BH). He was named BH’s artistic director in 2009, becoming only the second person to head the company since its founding in 1970; in 2015, he was also named the company’s chief executive officer. Vilaro has infused Ballet His­páni­co’s legacy with a bold brand of contemporary dance that reflects America’s changing cultural landscape.

Vilaro’s philosophy of dance stems from a basic belief in the power of the arts to change lives, reflect and impact culture, and strengthen community. He considers dance to be a liberating, non-verbal language through which students, dancers, and audiences of all walks of life and diverse backgrounds can initiate ongoing conversations about the arts, expression, identity, and the meaning of community.

Born in Cuba and raised in New York from the age of six, Vilaro’s own choreography is devoted to capturing the Latin American experience in its totality and diversity, as well as through its intersectionality with other diasporas. His works are catalysts for new dialogues about what it means to be an American. Vilaro has created more than 40 ballets with commissions that include the Ravinia Festival, the Chicago Sinfonietta, the Grant Park Festival, the Lexington Ballet, and the Chicago Symphony.

A Ballet Hispánico dancer and educator from 1988 to 1996, Vilaro left New York, earned a master’s in interdisciplinary arts at Columbia College Chicago, and then embarked on his own act of advocacy with a 10-year record of achievement as the founder and artistic director of Luna Negra Dance Theater in Chicago.

The recipient of numerous honors and accolades, Vilaro received the Ruth Page Award for choreography in 2001; was inducted into the Bronx Walk of Fame in 2016; and was named HOMBRE Magazine’s Arts & Culture Trailblazer of the Year in 2017. In 2019, he received the West Side Spirit’s WESTY Award and the James W. Dodge Foreign Language Advo­cate Award, and was honored by WNET for his contributions to the arts. In August 2020, City & State Magazine included Vilaro in the inaugural Power of Diversity: Latin 100 list. In January 2021, Vilaro was recognized with a Compassionate Leaders Award, given to leaders who are courageous, contemplative, collaborative, and care about the world they will leave behind. He is a well-respected speaker on such topics as diversity, equity, and inclusion in the arts, as well as on the merits of the intersectionality of cultures and the importance of nurturing and building Latinx leaders.