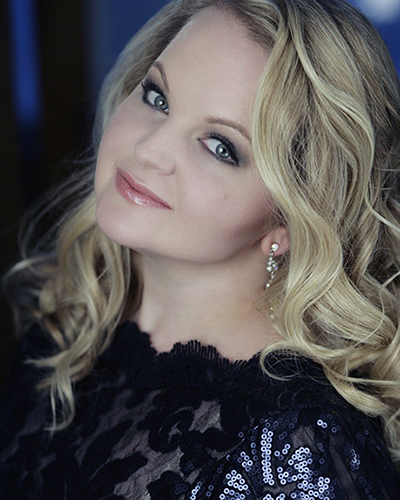 Elizabeth De­Shong is from Selinsgrove, Penn­syl­vania, and her engagements this season include Calbo in Rossini’s Maometto II with the Wash­ington Concert Opera and a reprise of Suzuki in Mada­ma Butterfly at the Metro­politan Opera. During the 2019/20 season, she performed Suzuki at the Met, Hansel in Hansel and Gretel with the Mel­bourne Symphony, and Pauline in The Queen of Spades at Lyric Opera of Chicago. Recent highlights include her debuts with the Los Angeles Philharmonic as Ariel in Sibelius’ The Tempest and the Philadelphia Orchestra in Ros­sini’s Stabat Mater, a tour of Europe and the US with The English Concert as both Juno and Ino in Handel’s Semele, the Verdi Requiem with the Minnesota Orchestra, Adalgisa in Norma with the North Carolina Opera, and John Adams’ The Gospel According to the Other Mary with the Accademia Nazionale di Santa Cecilia, conducted by the composer. (ElizabethDeShong.com)