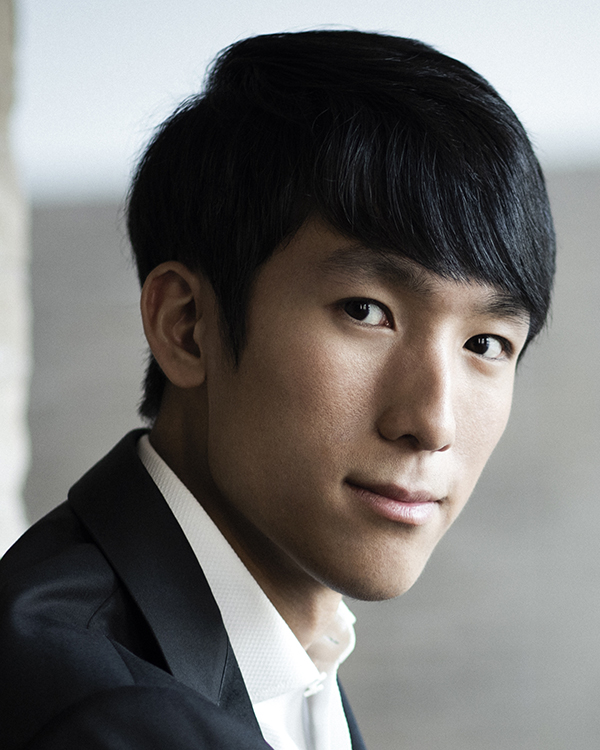 Eric Lu won First Prize at the Leeds Inter­na­tional Piano Competition in 2018, the first American to win the prestigious prize since Murray Perahia. He made his BBC Proms debut the following summer, and is currently a member of the BBC New Generation Artist scheme. Lu is a recipient of the 2021 Avery Fisher Career Grant, and is an exclusive Warner Classics recording artist.

In 2020, Warner Classics released Lu’s first studio album, featuring Chopin’s 24 Preludes, and Schumann’s Geistervariationen. It was met with critical acclaim, including a citation as one of BBC Music Magazine’s “Instrumental Records of the Year.” In 2018, Lu’s winning performances of Beethoven and Chopin from Leeds with the Hallé and Edward Gardner was released by Warner. He has also released a Mozart, Schubert and Brahms recital on Genuin Classics.

Born in Massachusetts in 1997, Eric Lu first came to international attention as a prize winner at the 2015 Chopin International Compe­tition in Warsaw, aged just 17. He previously won the 2015 US National Chopin Competi­tion and the 2017 International German Piano Award. He is a graduate of the Curtis Institute of Music, studying with Robert McDonald and Jonathan Biss. Lu is also a pupil of Dang Thai Son. He is now based in Berlin and Boston.