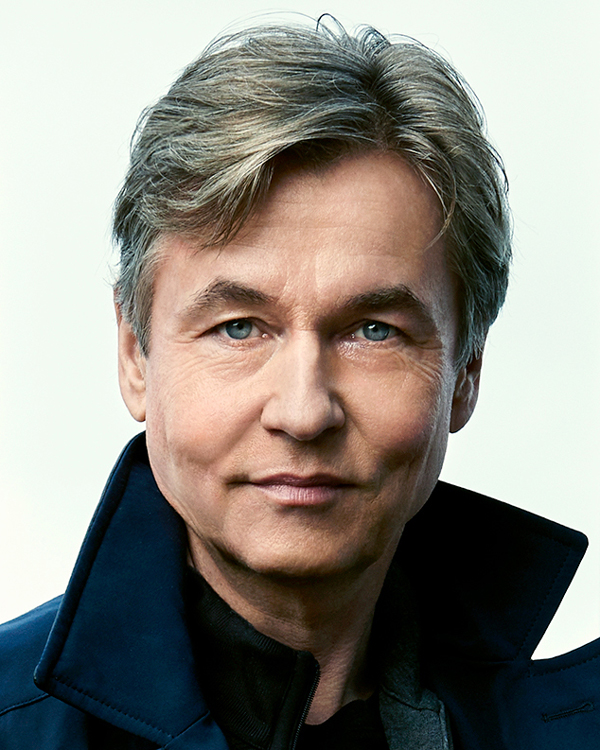 Esa-Pekka Salonen (music director) Esa-Pekka Salonen is known as both a composer and conductor. He is currently the Music Director of the San Francisco Symphony, where he works alongside eight Collaborative Partners from a variety of disciplines ranging from composers to roboticists. He is Conductor Laureate for London’s Philharmonia Orchestra, where, as Principal Conductor & Artistic Advisor from 2008 until 2021, he spearheaded digital projects such as the award-winning RE-RITE and Universe of Sound installations and the much-hailed app for iPad, The Orchestra; the Los Angeles Philharmonic, where he was Music Director from 1992 until 2009, and was instrumental in opening the Frank Gehry-designed Walt Disney Concert Hall; and the Swedish Radio Symphony Orchestra. He is currently in the midst of Multiverse Esa-Pekka Salonen, a two-season residency as both composer and conductor, at Elbphilharmonie Hamburg.

As a member of the faculty of Los Angeles’ Colburn School, he develops, leads, and directs the pre-professional Negaunee Conducting Program. He is the co-founder—and until 2018 served as Artistic Director—of the annual Baltic Sea Festival. In 2015, he addressed the Apple Distinguished Educator conference on the uses of technology in music education, and his Violin Concerto was featured in an international campaign for iPad.