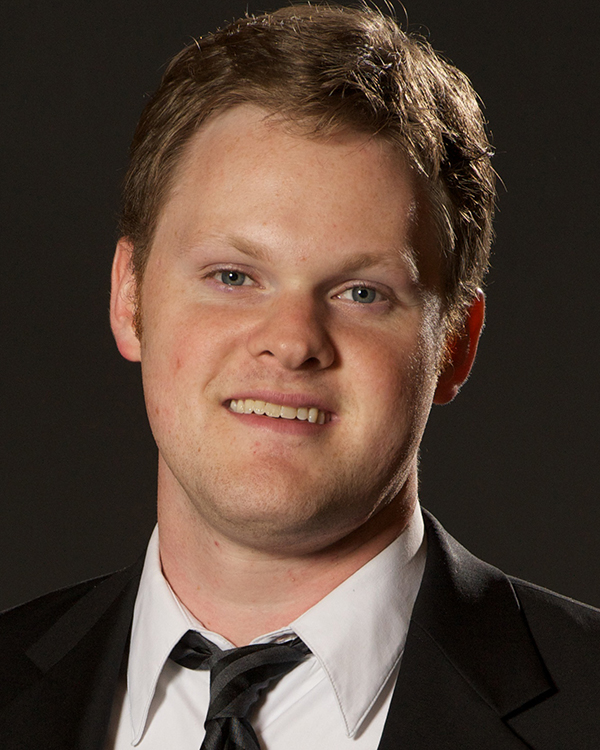 GREG LUCE (viola), praised by the Wash­ington Post as an “appealing, natural player,” has performed around the world in Europe, the United States, and Asia. He has also premiered dozens of pieces in varied ensembles, performing in notable concert venues such as the Kennedy Center, Carnegie Hall, and the Meyerhoff Concert Hall. He has been invited to coach, teach privately, and perform at numerous schools and festivals including the Juilliard School, Stanford University, and the Interlochen Summer Arts Academy. A graduate of the Juilliard School, Luce enjoys many interdisciplinary collaborations, most notably with the Mark Morris Dance Group, with which he gave a two-week tour of Taiwan in 2014 and performed in the Lincoln Center’s 2013 White Light Festival. He has also enjoyed an ongoing working relationship with the Conspirare Symphonic Choir of Austin, Texas, since 2011. Since 2008, Luce has been violist of the Aeolus Quartet, top prize winners at numerous competitions. Following their performance in the 2009 Trondheim International Chamber Music Competition, the Aeolus Quartet was praised by Strad magazine for their “high-octane performance,” with Luce noted as being “especially enjoyable.” Luce plays on a viola made by Samuel Zygmuntowicz for celebrated violist Walter Trampler in 1991, generously on loan from Ruth Sumners Trampler.