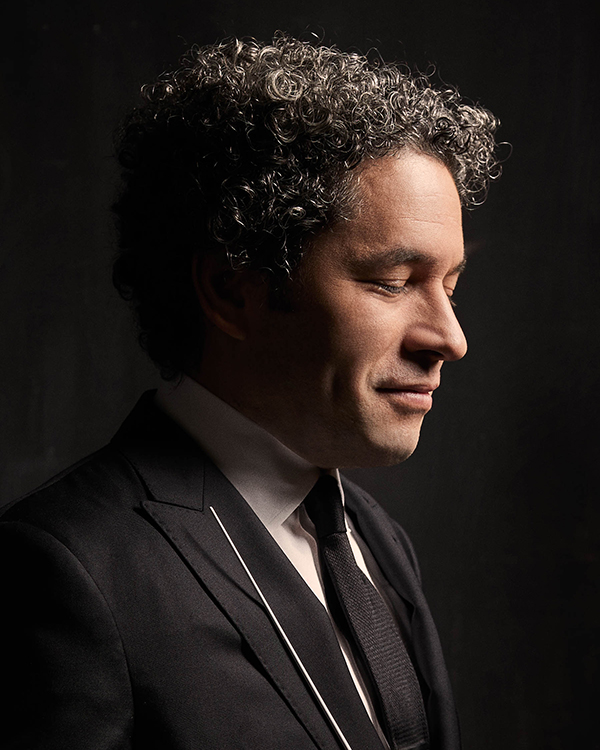 Gustavo Dudamel is driven by the belief that music has the power to transform lives, to inspire, and to change the world. Currently serving as music director of the Los Angeles Philharmonic, Opéra National de Paris, and Simón Bolívar Symphony Orchestra, his dynamic presence on the podium and his tireless advocacy for arts education has introduced classical music to new audiences around the globe and has helped to provide access to the arts for countless people in underserved communities.

Dudamel is one of the few classical musicians to become a bona fide pop culture phenomenon. His film credits include Steven Spielberg’s new adaptation of Bernstein’s West Side Story, Star Wars: The Force Awakens, and The Simpsons, and he led the LA Phil with Billie Eilish in the concert film Happier Than Ever: A Love Letter to Los Angeles. He has performed at the Super Bowl halftime show, the Academy Awards, and the Nobel Prize Concert, and has worked with international superstars Christina Aguilera, Beyoncé, Coldplay, and others. Dudamel’s extensive discography includes 65 releases and four Grammys.

Inspired by his transformative experience as a youth in Venezuela’s immersive El Sistema musical training program, he created the Dudamel Foundation in 2012, which he co-chairs with his wife, actress and director María Valverde, with the goal “to expand access to music and the arts for young people by providing tools and opportunities to shape their creative futures.”