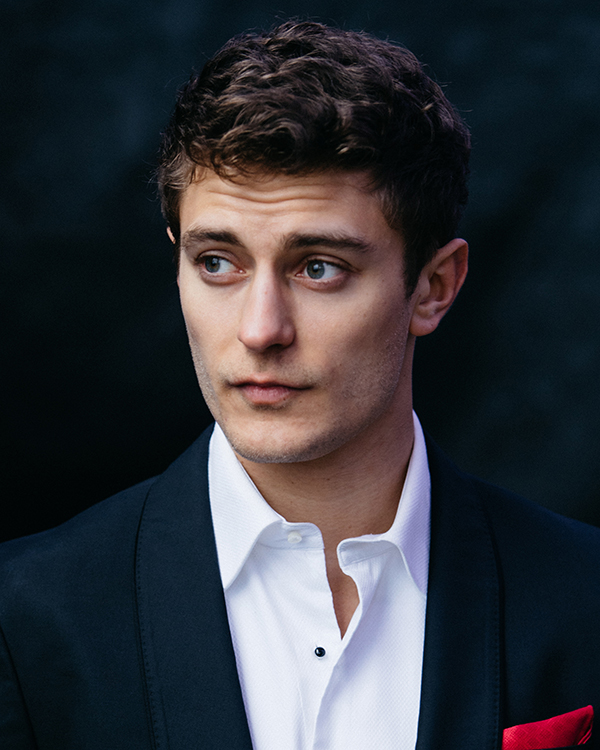 Polish countertenor Jakub Józef Orliński has established himself as one of the world’s leading artists, triumphing on stage, in concert, and on recording. An exclusive artist on the Warner/Erato label, his first recording, entitled Anima Sacra, earned him the prestigious Opus Klassik award for Solo Vocal Recording, while his second, Facce d’amore, earned him the Recording (Solo Recital) of the Year at the 2021 Inter­national Opera Awards. Orliński’s sold-out concerts and recitals throughout Europe and the United States have attracted new followers to the art form, and his live performance of Vivaldi’s “Vedrò con mio diletto” (from Il Giustino), filmed at the Aix-en-Provence Festival, has amassed more than seven million online views. In 2019, he was the subject of a major profile in the New Yorker and featured in Polish Vogue. His third album—Anima Aeterna, featuring sacred arias and motets from the Baroque era—was released in October 2021 and toured throughout Europe with Il Pomo d’Oro.

This season, Mr. Orliński makes his much anticipated debut at the Metropolitan Opera as Orpheus’ Double in the Met premiere of Matthew Aucoin’s Eurydice, under the baton of Yannick Nézet-Séguin. He also makes his house and role debut at the Royal Opera House, Covent Garden, as Didymus in Handel’s Theo­dora in a new production by Katie Mitchell. On the concert stage, he joins Il Pomo d’Oro for two European tours featuring his new album, Anima Aeterna, with stops in Bayreuth, Hamburg, Milan, Madrid, and Barcelona, as well as Ensemble Matheus and conductor Jean-Chris­tophe Spinosi for performances in Bratislava and at the Lednice-Valtice Music Festival. In recital, he embarks on tours of both North America and Europe, joined by his longtime collaborator, pianist Michał Biel. He performs on three occasions at Wigmore Hall as part of a season-long residency.