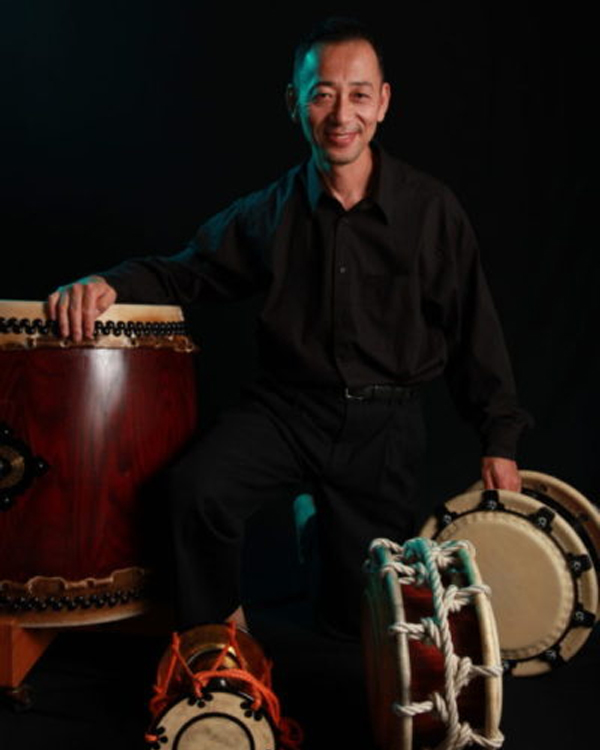 JIMI NAKAGAWA hails from Tokyo, Japan. He started playing drums when he was in high school and performed with local bands before coming to the US in 1981. In 1987, Jimi joined the San Francisco Taiko Dojo, directed by Grand Master Seiichi Tanaka, and became a performing member and instructor to adults and children. He has studied taiko with Suke­roku Daiko Hozonkai and Master Kenjiro Maru, tsuzumi (a Japanese hand drum) with Master Saburo Mochizuki, and jazz with drummer Robert Kaufman, a former professor at the Berkelee College of Music. In 1999, he and three other members founded a San Francisco Bay Area-based taiko group Somei Yoshino Taiko Ensemble and started the Oakland taiko school OH-IN TAIKO. Nakagawa left the ensemble in 2011 to pursue his solo career and expand his taiko school. Jimi has collaborated with artists including Peter Erskine, Habib Kahn, Ali Ryerson, and Charles Loos. He has also been a part of the VA’V Ensemble, working with Van-Anh Vo since 2002.