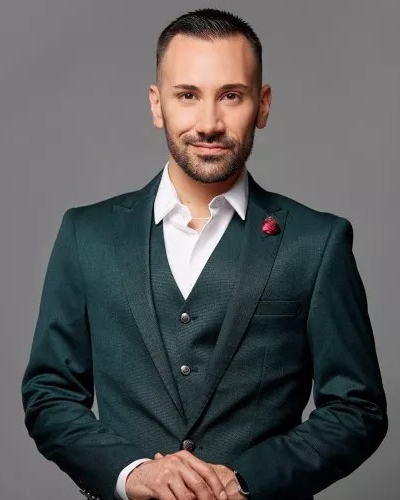 Johan Rivera was born in San Juan, Puerto Rico and began his dance training at the School for the Performing Arts, PR under the direction of Waldo Gonzalez. Rivera graduated magna cum laude with a BFA from the New World School of the Arts/University of Florida in 2013. While there, he had the opportunity to perform the works of Robert Battle, Kyle Abraham, Peter London, Daniel Lewis, Merce Cunningham, and Doris Humphrey as well as simultaneously working with local dance companies in Miami, FL. During his tenure with Ballet Hispánico, Rivera had the pleasure of performing the ballets of choreographers including Annabelle Lopez Ochoa, Gustavo Ramírez Sansano, Pedro Ruiz, and Eduardo Vilaro. In addition, he was a vital member of the company’s Community Arts Partnerships team as a teaching artist while on tour and at home in New York City. Aspiring to further his knowledge and skills, Rivera ventured into the world of higher education. In 2016, he received a master of arts degree in executive leadership with high honors, an achievement he dearly treasures as the first member of his family to have such an opportunity. Upon graduation, Rivera had the honor of mentoring and directing Ballet Hispánico’s second company, BHdos, in the fall of 2016 before taking over as rehearsal director for the main company. After four seasons as rehearsal director, Rivera transitioned to Ballet Hispánico’s marketing department as the digital marketing manager, playing a key role in the development and creation of the organization’s virtual programming. Now, as the associate artistic director and Latinx Dance Institute director, Rivera supports the artistic curation for the company and Ballet Hispánico’s thought leadership programming alongside the artistic director and CEO, Eduardo Vilaro.