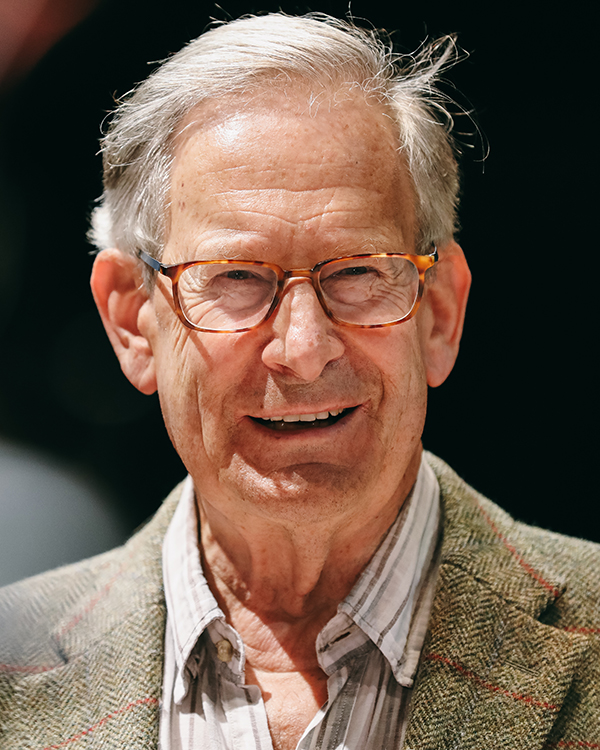 John Eliot Gardiner (conductor) is revered as one of the world’s most innovative and dynamic musicians and is a leader in the contemporary musical world. His work, as founder and artistic director of the Monteverdi Choir, English Baroque Soloists, and Orchestre Révolutionnaire et Romantique (ORR) has made him a key figure both in the early-music revival and historically informed performance practice.

Gardiner is also a regular guest of the world’s leading symphony orchestras, including the London Symphony Orchestra, Symphonie­orchester des Bayerischen Rundfunks, Royal Concertgebouw Orchestra, and Gewandhaus­orchester Leipzig, conducting repertoire from the 16th to the 20th centuries. He has also conducted opera productions at the Royal Opera House, Covent Garden, the Wiener Staatsoper, and the Teatro alla Scala in Milan.

The beginning of 2020 saw Gardiner conduct the ORR in three Beethoven symphony cycles as part of the Beethoven 250 anniversary celebrations, with concerts at Barcelona’s Palau de la Música, New York’s Carnegie Hall, and the Harris Theatre in Chicago. Other recent achievements with the Monteverdi ensembles include the RPS award winning Monteverdi 450 project in 2017; a reprise of the 2000’s famous Bach Cantata Pilgrimage, which toured to some of Europe’s most famous concert halls and churches in 2018; and a five-year exploration of Berlioz’s major works to mark the 150th anniversary of the composer’s death.