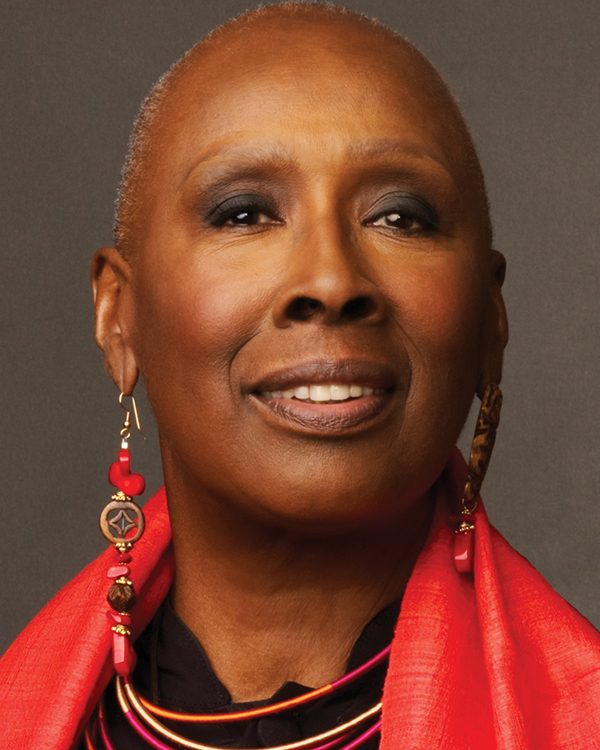 Judith Jamison (artistic director emerita) joined Alvin Ailey American Dance Theater in 1965 and quickly became an international star. Over the next 15 years, Ailey created some of his most enduring roles for her, most notably the tour-de-force solo Cry. During the 1970s and 1980s, she appeared as a guest artist with ballet companies all over the world, starred in the hit Broadway musical Sophisticated Ladies, and formed her own company, The Jamison Project. She returned to Alvin Ailey American Dance Theater in 1989 when Ailey asked her to succeed him as Artistic Director. In the 21 years that followed, she brought the company to unprecedented heights—including two historic engagements in South Africa and a 50-city global tour to celebrate the company’s 50th anniversary. Jamison is the recipient of numerous awards and honors, among them a primetime Emmy Award, an American Choreography Award, a Kennedy Center Honor, a National Medal of Arts, a Bessie Award, the Phoenix Award, and the Handel Medallion. She was also listed in “The TIME 100: The World’s Most Influential People” and honored by First Lady Michelle Obama at the first White House Dance Series event. In 2015, she became the 50th inductee into the Hall of Fame at the National Museum of Dance. In 2016, she received the Douglas Watt Lifetime Achievement Award from the Fred and Adele Astaire Awards. As a highly regarded choreographer, Jamison has created many celebrated works, including Divining (1984), Forgotten Time (1989), Hymn (1993), HERE…NOW. (commissioned for the 2002 Cultural Olympiad), Love Stories (with additional choreography by Robert Battle and Rennie Harris, 2004), and Among Us (Private Spaces: Public Places) (2009). Jamison’s autobiography, Dancing Spirit, was edited by Jacqueline Kennedy Onassis and published in 1993. In 2004, under Jamison’s artistic directorship, her idea of a permanent home for the Ailey company was realized and named after beloved chairman emerita Joan Weill. Jamison continues to dedicate herself to asserting the prominence of the arts in our culture and she remains committed to promoting the significance of the Ailey legacy—using dance as a medium for honoring the past, celebrating the present, and fearlessly reaching into the future.