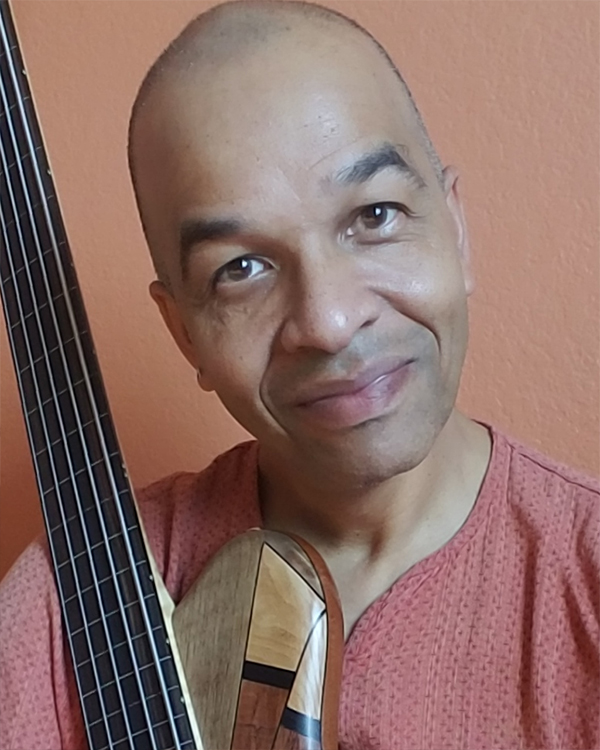 KAI ECKHARDT is an Afro-European musician who has made a significant contribution to the evolution of the electric bass since 1989. Heavily influenced by the emerging fusion of funk, rock, and jazz in the late 1970’s, Kai developed a unique style on his instrument long before attending Berklee College of Music in Boston, the renowned music college from which he graduated with honors in 1987. Kai Eckhardt has performed at such distinguished international venues as the Royal Festival Hall in London, the Philharmonic in Munich, and the Esplanade in Singapore. Festival engagements include the Montreal Jazz Festival, North Sea Jazz Festival in the Hague, Womad World Music Festival in Spain, and Glastonbury in the UK. Kai has also performed for the King and Queen of Norway. In the educational field, Kai teaches clinics and master classes internationally. Engagements include Berklee in Boston, the Musician’s Institute in Hollywood, the Bruck­­ner Conservatory in Austria and Amster­dam Conservatory in the Netherlands. Perhaps the most unique band in Kai’s career was the pioneering jam-band Garaj Mahal, which he co-lead between 2000 and 2010, producing nine albums and performing roughly 1,000 concerts in the US and Canada.