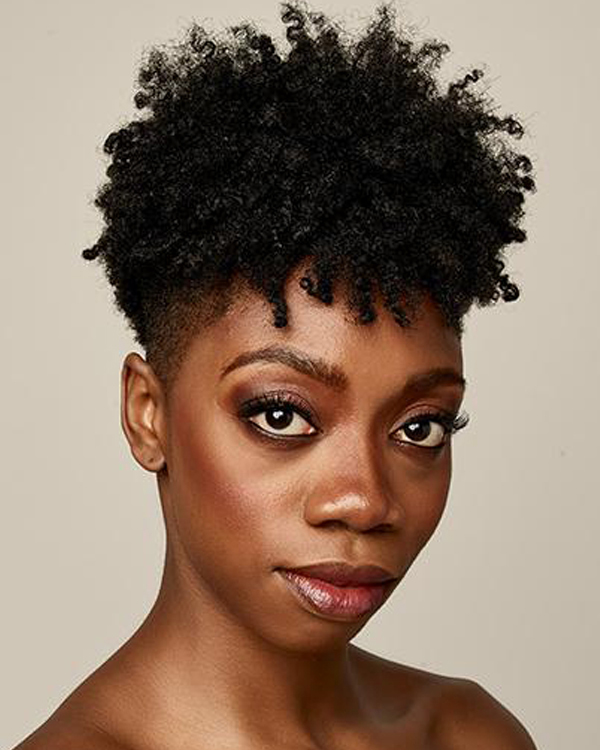 Khalia Campbell (Bronx, NY) is a graduate of Fio­rello H. LaGuardia High School of Music & Art and Performing Arts. She began her formal dance training at Uptown Dance Academy. Camp­bell also studied at Dance Theatre of Harlem and as a scholarship student at The Ailey School. In 2012, she performed in Elton John and Tim Rice’s Broadway musical Aida (international tour in Taiwan). She has per­formed with Kymera Dance, Dance Iquail, and in the 40th anniversary of The Wiz at SummerStage. Campbell also danced as a guest artist with Richard Siegal’s Ballet of Difference in Munich, Germany. She was recognized in Dance Maga­zine’s “25 to Watch” in 2020 and is a 2021 dance fellowship recipient from the Princess Grace Foundation-USA. Campbell was also featured in Katie Couric’s segment of Thank You Notes alongside Judith Jamison. She was a member of Ailey II and joined the company in 2018.