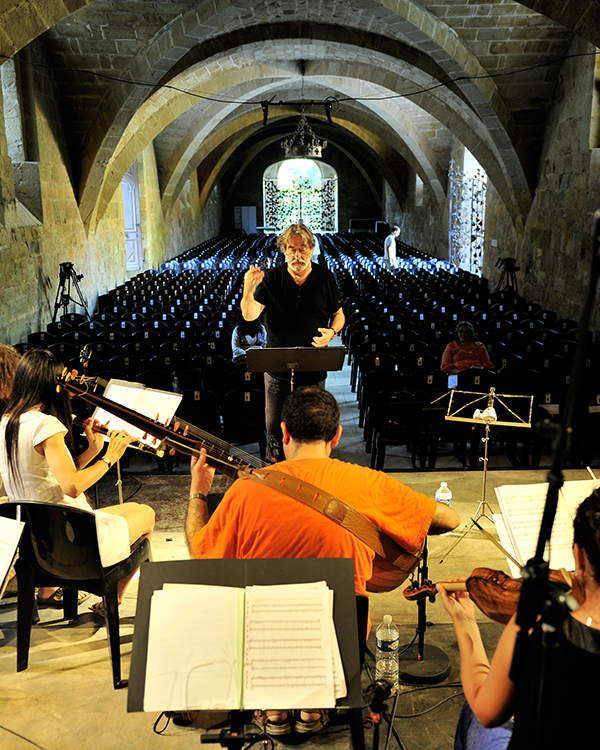 Founded in 1989 by Jordi Savall and Montserrat Figueras during the preparation of their project on Marc-Antoine Charpentier’s Canticum Beatae Virginis, Le Concert des Nations was born out of the need for an orchestra of period instruments capable of performing a repertory spanning from the Baroque to the Romantic period (1600­–1850). Its name comes from François Couperin’s work Les Nations, a concept which represents the coming together of musical tastes and the idea that art in Europe would always bear its own particular stamp, that of the Age of Enlightenment.

Under the direction of Jordi Savall, Le Con­cert des Nations was the first orchestra to be composed of a majority of musicians from Latin countries (such as Spain, Italy, Portugal, as well as those in Latin America), all leading international specialists in the performance of early music on original period instruments played using historical principles. From the outset, the group’s manifest aim has been to raise audiences’ awareness of an historical repertory of great quality by combining rigorous respect for the original spirit of each work with a revitalizing approach to their performance, as is apparent from their recordings of works by Charpentier, J. S. Bach, Haydn, Mozart, Handel, Marais, Arriaga, Beethoven, Purcell, Dumanoir, Lully, Biber, Boccherini, Rameau, and Vivaldi.

In 1992, Le Concert des Nations made its opera debut with a production of Martín i Soler’s Una Cosa Rara staged at the Théâtre des Champs Élysées in Paris, the Gran Teatre del Liceu in Barcelona, and the Auditorio Nacional in Madrid. The group subsequently performed in Claudio Monteverdi’s L’Orfeo at the Gran Teatre del Liceu, the Teatro Real in Madrid, the Konzerthaus in Vienna, the Arsenal in Metz, and the Teatro Regio in Turin. In 2002. the production returned to the re-opened Teatre del Liceu in Barcelona, where it was recorded for a BBC-Opus Arte DVD. It was subsequently also staged at the Palais des Arts in Brussels, the Grand-Théâtre in Bordeaux, and the Piccolo Teatro in Milan during the Mito Festival. In 1995 the orchestra performed another opera by Martín i Soler, Il Burbero di Buon Cuore, in Montpellier, followed in 2000 by Juan Hidalgo and Calderón de la Barca’s Celos aun del Ayre matan staged in a concert version in Barcelona and Vienna. Recent productions have included Vivaldi’s Farnace, staged at the Teatro de la Zar­zuela in Madrid, and Vivaldi’s Il Teuzzone, performed in a semi-concert version at the Royal Opera at the Palace of Versailles.

Le Concert des Nations’ numerous recordings have won numerous awards and distinctions, including the Midem Classical Award and the International Classical Music Awards. The impact of their productions, recordings, and performances in the major cities and music festivals around the world has earned them recognition as one of the best orchestras specializing in performance using period instruments and an eclectic, diverse repertory that ranges from the earliest music composed for orchestra to the masterpieces of the Romantic and Classical periods.