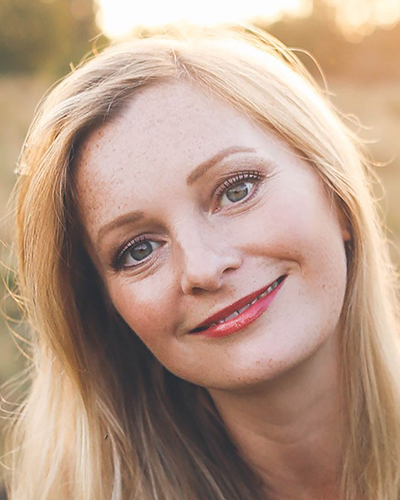 From Staffordshire, England, Lucy Crowe studied at the Royal Academy of Music, where she is now a Fellow. With repertoire ranging from Purcell, Handel, and Mozart to Donizetti’s Adina and Verdi’s Gilda, she has sung with opera companies and orchestras throughout the world. Recent opera highlights include her debut at the Dutch National Opera in the title role of Rodelinda and a return to the Royal Opera House, Covent Garden for Poppea in Agrippina. Later this season, Crowe performs Susanna in Le nozze di Figaro at the Metro­politan Opera. Highlights in concert this season include Bach’s Jauchzet Gott in allen Landen with the Frank­furt Radio Symphony under Zubin Mehta, Beethoven’s Symphony No. 9 with the Orquesta Nacionales de España under Juanjo Mena, and Handel’s Judas Maccabaeus with B’Rock Orchestra in Bayreuth. Her debut disc for Linn records, released this year, features Berg, Strauss, and Schoenberg.