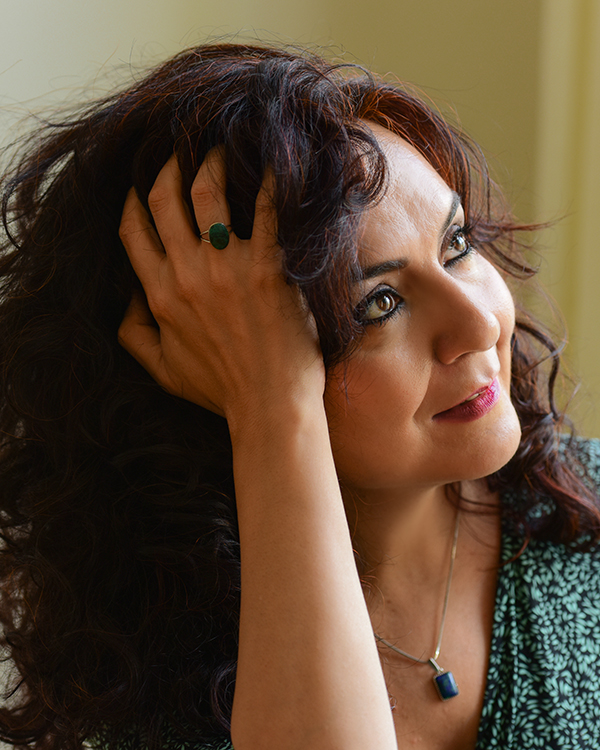 Mahsa Vahdat is an award-winning Iranian singer, composer, and cultural activist dedicated to both her personal lifelong musical and artistic path and the greater cause of freedom of expression. Her artistic work has offered audiences around the globe a deeper appreciation of Iranian poetry and music.

Born in 1973 in Tehran, she received her BA in music from the Tehran University of Arts and learned Persian traditional music with different masters. Since 1995, she has performed as an independent singer and musician in many concerts and festivals around the world. She has also appeared on stage with her sister Marjan Vahdat in many concerts.

Mahsa Vahdat has developed a highly personal style of performance, rooted in Persian classical and regional vocal music traditions and infused with contemporary and innovative expressions and influences. Her many performance and recording projects include collaborations with some of the world’s most acclaimed musicians, including (along with Kronos) Mighty Sam McClain, Tord Gustav­son, Teatr Zar, SKRUK Choir, and Kitka. Through creative dialogues with her collaborators and explorations as an unaccompanied soloist, she has developed a diverse, unique, and wide-ranging repertoire.

Following her participation in the album Lullabies from the Axis of Evil (2004), Vahdat started a long-lasting collaboration with the Norwegian record label Kirkelig Kulturverk­sted. This collaboration led to the worldwide release of a series of award-winning and critically acclaimed records.

Without being visible in her own society because of restrictions on female solo voices following the Islamic Revolution in 1979 in Iran, Mahsa and her sister Marjan Vahdat have had continuous contact with a large audience that appreciates their art, both in Iran and abroad.

For Mahsa, artistic practice, creative freedom, and humanitarian principles are closely intertwined. She is an extremely effective cultural worker who utilizes the emotive power of her voice to raise awareness of suffering and injustice in the world, while simultaneously delivering messages of hope and positive change.