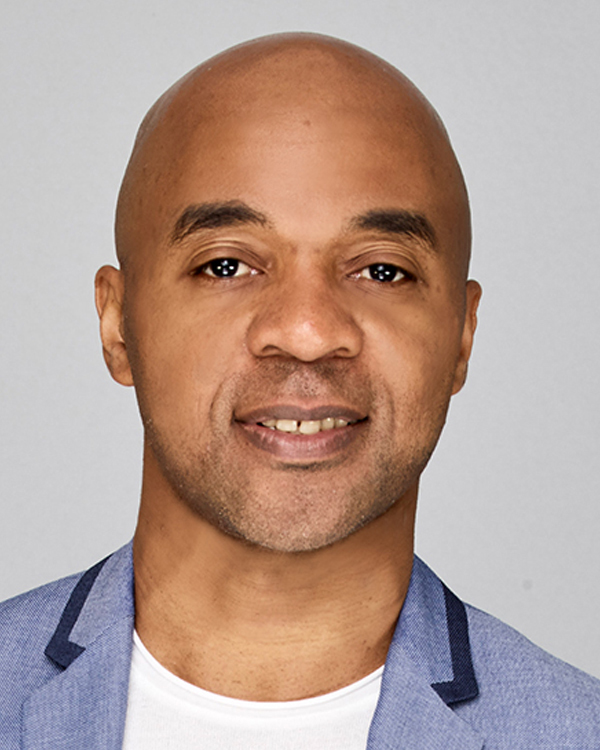 Matthew Rushing (associate artistic director) was born in Los Angeles, California. He began his dance training with Kash­mir Blake in Inglewood, California, and continued his training at the Los Angeles County High School for the Arts. Rushing is the recipient of a Spotlight Award and a Dance Magazine Award and was named a Presidential Scholar in the Arts. He was a scholarship student at The Ailey School and later became a member of Ailey II. During his career, Rushing has performed as a guest artist for galas in Vail, Colorado, as well as in Austria, Canada, France, Italy, and Russia. He has performed for Presidents George H. W. Bush, Bill Clinton, George W. Bush, and Barack Obama, as well as at the 2010 White House Dance Series. During his time with the company, he has choreographed four ballets: Acceptance In Surrender (2005), a collaboration with Hope Boykin and Abdur-Rahim Jackson; Uptown (2009), a tribute to the Harlem Renaissance; ODETTA (2014), a celebration of “the queen of American folk music”; and Testament (2020), a tribute to Alvin Ailey’s Revelations created in collaboration with Clifton Brown and Yusha-Marie Sorzano. In 2012, he created Moan, which was set on Philadanco and premiered at the Joyce Theater. Rushing joined the company in 1992, became Rehearsal Director 2010, and became Associate Artistic Director in January 2020.