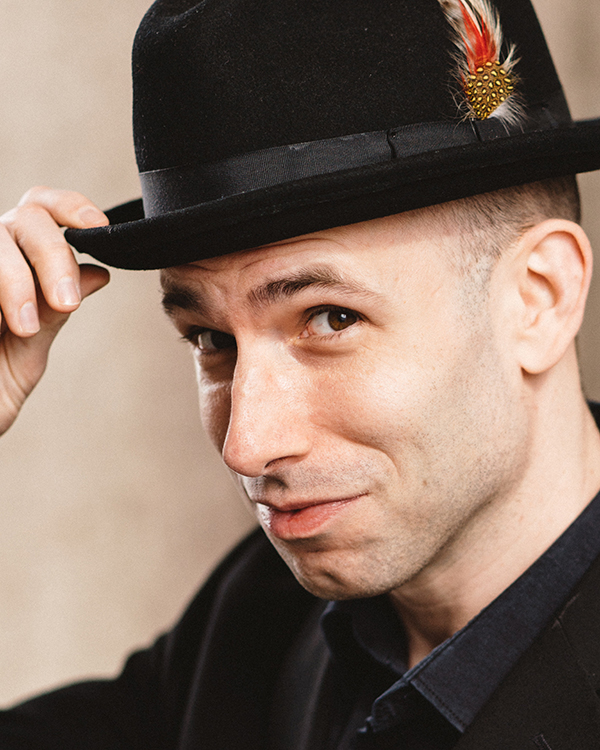 Nathan Bugh is known worldwide for his intimately rhythmic style of Lindy Hop and vernacular jazz, and has showcased these styles in iconic venues, such as Carnegie Hall, the Apollo Theater, and the Gug­gen­heim Museum. He is a principal dancer in the feature film Rebel In The Rye, and in several music videos, including the Weepies’ “Be My Honey Pie.” Bugh is also a swing-dance champion and avid social dancer. Active in the Lindy Hop scene since the late 1990s, he has earned numerous first-place titles in solo jazz, Lindy Hop, team, invitational, slow dance, and mix/match divisions, and at events like the International Lindy Hop Championships. Bugh was also the choreographer of the 2015 ILHC winning team, Yeah Man. He joined Caleb Teicher & Company in 2016 for Meet Ella, a duet incorporating Lindy Hop with other jazz/theater styles. www.nathanbugh.com.