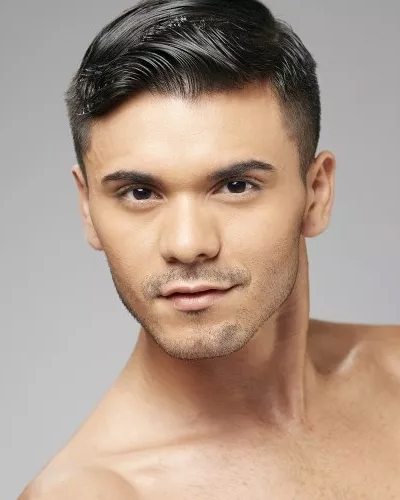 Omar Rivéra is originally from Los Angeles, CA. After moving to Dallas, Texas, Rivéra trained at Prodigy Dance & Performing Arts Centre under the direction of Camille Billelo. He graduated from the prestigious Booker T. Washington High School for the Performing & Visual Arts, and was a part of HSPVA’s dance ensembles Repertoire Dance Company I & II, where he performed a variety of works by choreographers including Robert Battle and Desmond Richardson. Rivéra was a scholarship student at the University of Arizona-School of Dance and graduated with a BFA in dance in 2018. He was one of eight men selected to perform at the Joyce Theater for the José Limón International Dance Festival, and danced works by guest artists including Christopher Wheeldon’s The American, Darrell Grand Moultrie’s Boiling Point, and Bella Lewitzky’s Meta4, among others. This is his fourth season with Ballet Hispánico.