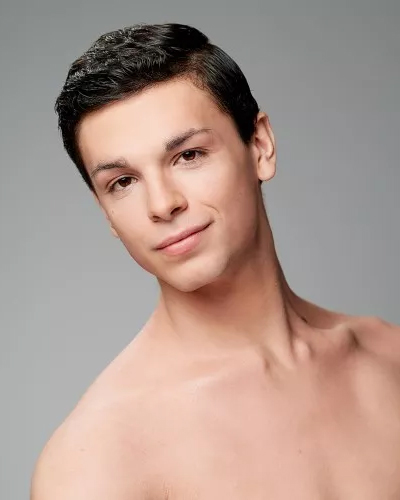 Paulo Hernandez-Farella is a first-generation Salvadoran-American from Los Angeles. After four years at the Los Angeles County High School for the Arts, they attended the University of Southern California on a full-ride. In just four years, Paulo graduated with both a BFA in dance from the USC Glorya Kaufman School of Dance and a master’s in public administration from the USC Price School of Public Policy. Paulo has been a scholarship student for renowned schools such as the Juilliard School Summer Intensive, the Joffrey Ballet’s International Intensive, and Alonzo King LINES Intensive. Paulo is also one of seven 2016–17 dance scholars with Nigel Lythgoe’s Dizzyfeet Foundation. During their career, Paulo has studied and performed the works of Forsythe, Kylián, Duato, Balanchine, Graham, Taylor, Petipa, Lopez-Ochoa, Rhoden, Cerrudo, Andrea Miller, and Aszure Barton, and choreographed their own original work. This is Paulo’s third season with Ballet Hispánico.