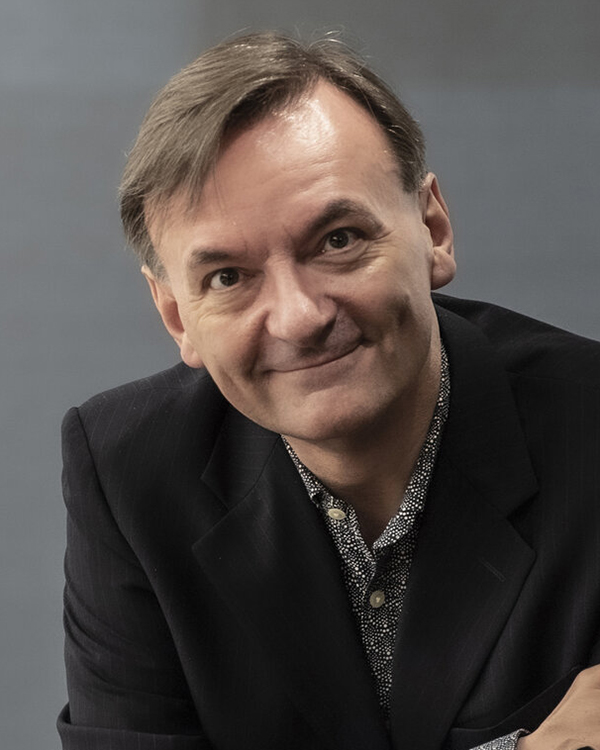 Stephen Hough is one of the world’s leading pianists, winning global acclaim and numerous awards for his performances and recordings. In 2001, he was the first classical performing artist to receive a MacArthur Foundation Fellowship, and in 2013, he was named a Commander of the Order of the British Empire. He has appeared with virtually all major American and European orchestras, has given recitals at the most prestigious concert halls around the world, and has recorded more than 60 albums for Hyperion. Hough is also a writer, composer, and painter and was included in The Economist’s list of “20 Living Polymaths.” His writing has appeared in BBC Music Magazine, Gramophone, The Guardian, The New York Times, and The Times (London). Hough has also authored Rough Ideas: Reflections on Music and More, a major anthology of essays on musical, cultural, lifestyle, and spiritual subjects, and a novel titled The Final Retreat. As a composer, he has written for orchestra, choir, chamber ensemble, and solo piano, and his compositions are published by Josef Weinberger, Ltd. Last fall, the Takács Quartet premiered his newest work, a quartet titled Les Six Rencontres, a work that will be heard on today’s program.

Hough resides in London and is a visiting professor at the Royal Academy of Music and Juilliard. He holds the International Chair of Piano Studies at his alma mater, the Royal Northern College in Manchester, and he received an honorary doctorate from the Univer­sity of Liverpool in 2011. To learn more, visit stephenhough.com and follow him on Twitter @houghhough.