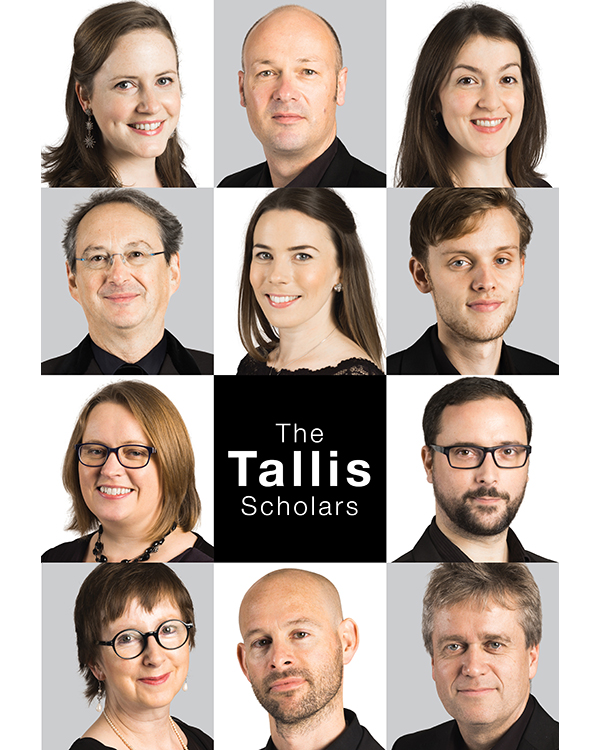 The Tallis Scholars were founded in 1973 by their director, Peter Phillips. Through their recordings and concert performances, they have established themselves as the leading exponents of Renaissance sacred music throughout the world. Phillips has worked with the ensemble to create, through good tuning and blend, the purity and clarity of sound that he feels best serves the Renais­sance repertoire, allowing every detail of the musical lines to be heard. It is the resulting beauty of sound for which the ensemble has become so widely renowned.

The Tallis Scholars perform in both sacred and secular venues, giving around 80 concerts each year. In 2013, they celebrated their 40th anniversary with a world tour, performing 99 events in 80 venues in 16 countries. The ensemble now looks ahead to its 50th anniversary in 2023. In 2020, Gimell Records celebrated 40 years of recording the group by releasing a remastered version of the 1980 recording of Allegri’s Miserere. As of the beginning of the cancellations caused by the COVID-19 crisis, the Tallis Scholars had made 2,327 appearances, worldwide.

Recent season highlights include performances in Amsterdam, Vienna, Dortmund, and Bremen; two tours of Italy; a number of appearances in London; and a heavy touring schedule around the US, Europe, and the UK. This summer, as part of the postponed Jos­quin des Prez 500th anniversary celebrations, the Tallis Scholars will sing all 18 of the composer’s masses over the course of four days at the Boulez Saal in Berlin.

Recordings by the Tallis Scholars have won many awards throughout the world. In 1987, the recording of Josquin’s Missa La sol fa re mi and Missa Pange lingua received Gramo­phone magazine’s Record of the Year award, the ﬁrst recording of early music ever to win this coveted honor. In 1989, the French magazine Diapason honored the ensemble with two of its Diapason d’Or de l’Année awards for the recordings of a mass and motets by Lassus and for Josquin’s two masses based on the chanson L’Homme armé. The group’s recording of Palestrina’s Missa Assumpta est Maria and Missa Sicut lilium won Gramo­phone’s Early Music Award in 1991; the ensemble also received the 1994 Early Music Award for its recording of music by Cipriano de Rore; and the same distinction again in 2005 for a recording of music by John Browne.

The Tallis Scholars were nominated for Grammy Awards in 2001, 2009, and 2010. In November 2012, the recording of Josquin’s Missa De beata virgine and Missa Ave maris stella received a Diapason d’Or de l’Année and in its 40th anniversary year, the group was welcomed into the Gramophone Hall of Fame by public vote. In a departure for the group, in 2015, the Tallis Scholars released an album of music by Arvo Pärt called Tintinnabuli to great international praise. The latest recording of Josquin masses includes Missa Hercules

Dux Ferrarie was released in 2020 and was winner of the BBC Music Magazine’s much coveted Recording of the Year Award in 2021. This album was the last of nine albums in the Tallis Scholars’ project to record and release all of Josquin’s masses before the 500th anniversary of the composer’s death in 2021.