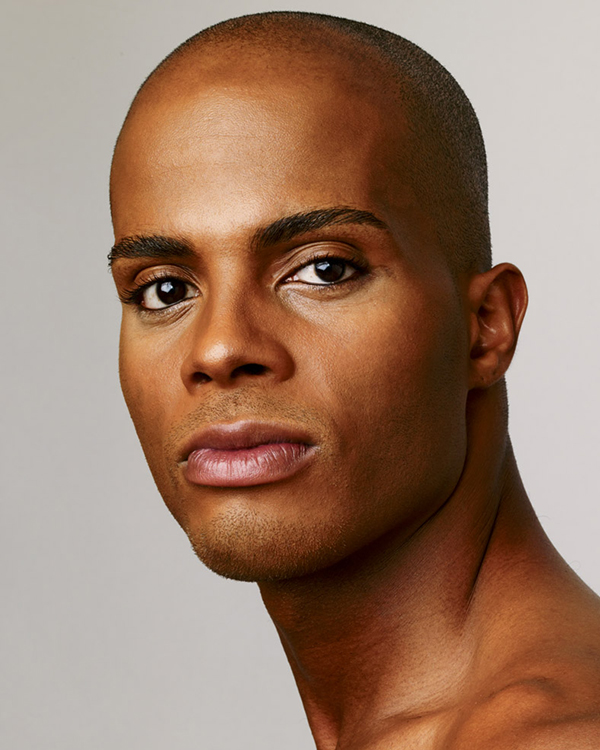 Vernard J. Gilmore (Chi­cago, IL) began dancing at Curie Performing and Creative Arts High School in Chicago under Diane Holda. He later studied at the Joseph Holmes Chi­ca­go Dance Theatre with Harriet Ross, Marquita Levy, and Emily Stein. He received first place in the all-city NAACP ACT-SO competition in 1993. Gilmore attended Barat College under scholarship and tutelage of Rory Foster and Eileen Cropley. He then studied as a scholarship student at The Ailey School and was a member of Ailey II. In 2010, he performed at the White House Dance Series. Gilmore is a choreographer whose work has been a part of the Ailey Dancers Resource Fund, Fire Island Dance Festival 2008, and Jazz Foundation of America Gala 2010, and he produced the Dance of Light Project in 2010 and 2015. An excerpt of Gilmore’s work La Muette was performed in December 2017 as part of the “Celebrating the Men of Ailey” program. Nimbus Dance Works performed a new work by Gilmore in 2018. Gilmore is a certified Zena Rommett Floor-Barre® instructor. He teaches workshops and master classes around the world. Gilmore joined the company in 1997.