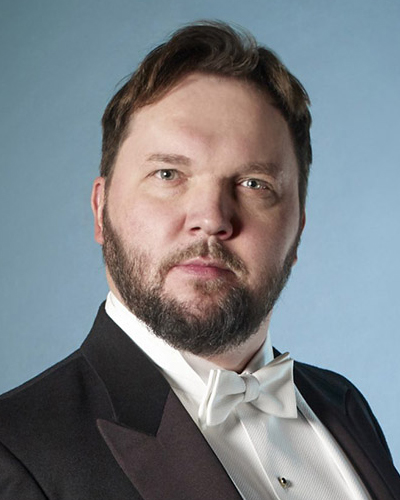 From: Warsaw, Poland, Wojtek Gierlach’s recent performances include Sparafucile in Rigo­letto, the Parson in The Cunning Little Vixen, and Procida in Les Vêpres Siciliennes for Welsh National Opera. He previously appeared with that company as Rocco in Fidelio, Giorgio in I Puritani, and Alidoro in La Cenerentola, the latter a role he has also performed at the Festival d’Aix-en-Provence, Deutsche Oper Berlin, and Teatro de la Maestranza in Seville. Gierlach recently performed Figaro in The Marriage of Figaro and Zbigniew in Stanisław Moniuszko’s The Haunted Manor at Poland’s Teatr Wielki Poznań, as well as the Commen­datore in Don Giovanni for Opera Wroclawska. Previous engagements include the Priest in Lady Macbeth of Mtsensk at Covent Garden, Don Basilio in The Barber of Seville with Deutsche Oper Berlin, Talbot in Maria Stuarda at Deutsche Oper am Rhein, and Melisso in Alcina with Harry Bicket and The English Concert at the Barbican, Carnegie Hall, Théâtre des Champs-Élysées, and Theater an der Wien.