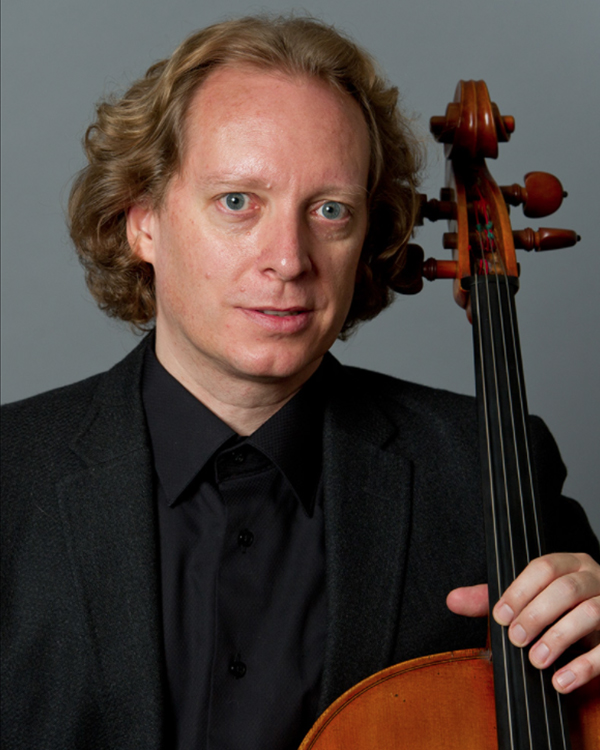 WOLFRAM KOESSEL (cello) has established himself as a much sought-after chamber musician, soloist, recording artist, and contractor on the New York music scene. He has performed with MMDG since 1999 and was music director from 2004–08. In 2006, Koessel joined the world-renowned American String Quartet, with whom he performs in the foremost concert halls throughout the world, collaborating frequently with today’s leading artists. Koessel appears with a wide range of ensembles and groups, most notably and frequently with the Orpheus Chamber Orchestra and the New York Philharmonic. He is also a founding member of Trio+ together with violinist Yosuke Kawasaki and pianist Vadim Serebryani. He has supervised and performed music for Warner Brothers, American Express, and many independent film companies and organized hundreds of classical orchestra and chamber music concerts during the last decade in New York City. Koessel is on the faculty of the Manhattan School of Music and the Aspen Music Festival.