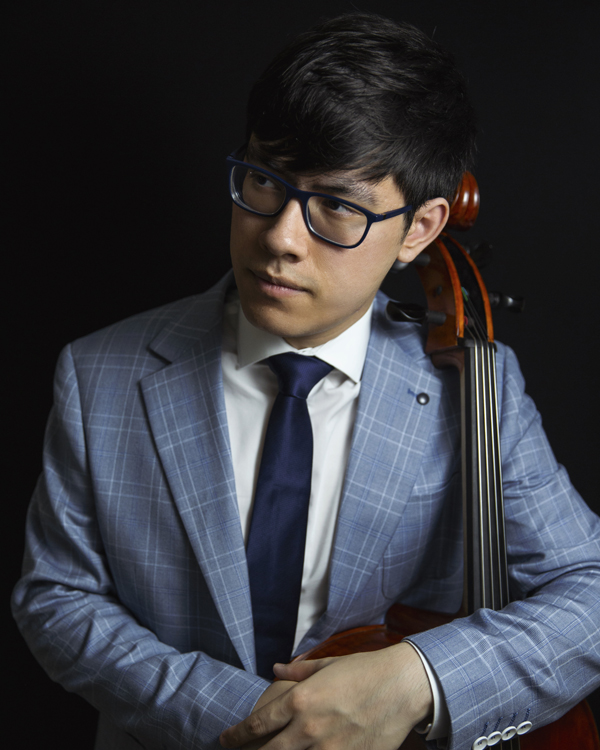 The first American in four decades and youngest musician ever to win First Prize at the International Tchaikovsky Competition Cello Division, Zlatomir Fung is poised to become one of the preeminent cellists of our time. Astounding audiences with his boundless virtuosity and exquisite sensitivity, the 23-year-old has already proven himself to be a star among the next generation of world-class musicians. A recipient of the Borletti-Buitoni Trust Fellowship 2022 and a 2020 Avery Fisher Career Grant, Fung’s impeccable technique demonstrates mastery of the canon and exceptional insight into the depths of contemporary repertoire.

In the 2022–23 season, Fung performs with orchestras and gives recitals in all corners of the world. Orchestral engagements include the BBC and Rochester philharmonic orchestras; the Milwaukee, Reading, Lincoln, Ridgefield, and Sante Fe symphonies; the Baltimore Chamber Orchestra, Sarasota Orchestra, and APEX Ensemble. He gives the world premiere of a new cello concerto by Katherine Balch with the Dallas Symphony Orchestra, and he plays recitals throughout North America with pianists Benjamin Hochman, Dina Vainshtein, and Janice Carissa, including stops in New York City, Chicago, and San Diego, Los Alamos (NM), Rockville (MD), Melbourne (FL), Vancouver and Sechelt (BC), Northampton (MA), Province (RI), Burlington (VT), and Waterford (VA). Tours of Europe and Asia include a recital at Wigmore Hall and two performances at Cello Biënnale Amsterdam.

Of Bulgarian-Chinese heritage, Zlatomir Fung began playing cello at age three. He studied at the Juilliard School under the tutelage of Richard Aaron and Timothy Eddy. Fung has been featured on NPR’s Performance Today and has appeared on From the Top six times. In addition to music, he enjoys cinema, reading, and blitz chess.