Presented as part of Cal Performances at Home

Manual Cinema broadcasts holiday cheer directly to your home with this special live-streamed adaptation of Charles Dickens’ timeless A Christmas Carol, a Cal Performances Co-commission. The company has created a new production tailored for home viewing, one that’s poignantly resonant with our current lives. In it, an avowed holiday skeptic, Aunt Trudy has been tasked with presenting her family’s annual Christmas Carol puppet show from the isolation of her studio apartment—over a Zoom call while the family celebrates Christmas Eve under lockdown. But as Trudy becomes more absorbed in her own version of the story, the puppets take on a life of their own, and the family’s holiday call transforms into a stunning cinematic adaptation of Dickens’ classic ghost story. Manual Cinema’s vivid production features hundreds of paper puppets, miniatures, silhouettes, and an original music score performed live.

This program will not be available for later viewing. 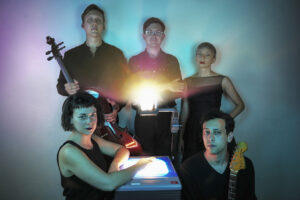