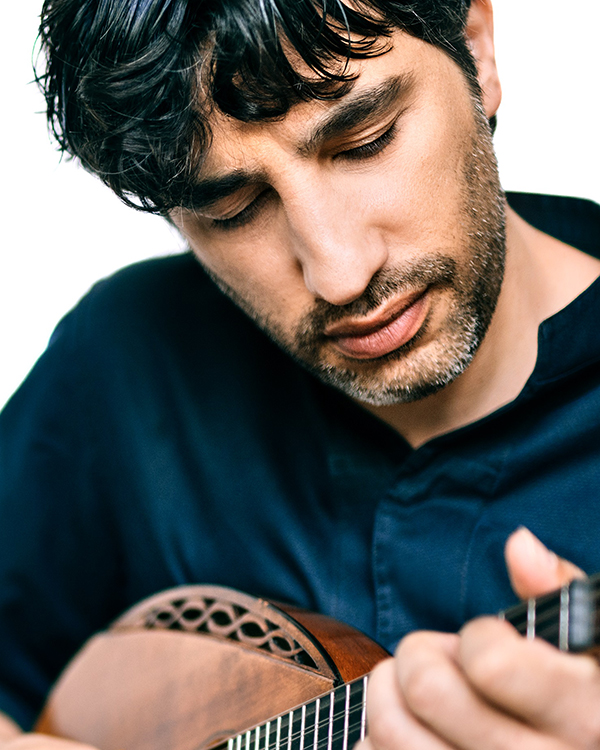 The first mandolin soloist to be nominated for a classical Grammy, Avi Avital (mandolin) has been compared to Andres Segovia for his championship of his instrument and to Jascha Heifitz for his incredible virtuosity. Passionate and “explosively charismatic” (New York Times) in live performance, he is a driving force behind the reinvigoration of the mandolin repertory. Highlights of the 2021–22 season include a North American tour with Les Violons de Roy, returns to the Seattle and Atlanta Symphony Orchestras, the current duo tour with the guitarist Miloš, and a three-week tour of the US with Brooklyn Rider.

Avital has commissioned over 100 works for the mandolin, most recently Jennifer Higdon’s Mandolin Concerto (2021) and Giovanni Solli­ma’s concerto in January 2020. His recent orchestral engagements include the Los Angeles Philharmonic; the symphony orchestras of Chicago, San Diego, St Louis, Montreal, Balti­more, and Detroit; the Los Angeles Chamber Or­chestra; and other major orchestras worldwide.

Avital is an exclusive Deutsche Grammo­phon artist; his sixth album for the label, The Art of the Mandolin, has been received with high praise and enthusiastic reviews in The Times, Independent, Gramophone, and BBC Music Magazine.

Born in Be’er Sheva in southern Israel, Avital began learning the mandolin at the age of eight. He was the first mandolinist in history to win Israel’s prestigious Aviv Competition in 2007. He plays on a mandolin made by Israeli luthier Arik Kerman.