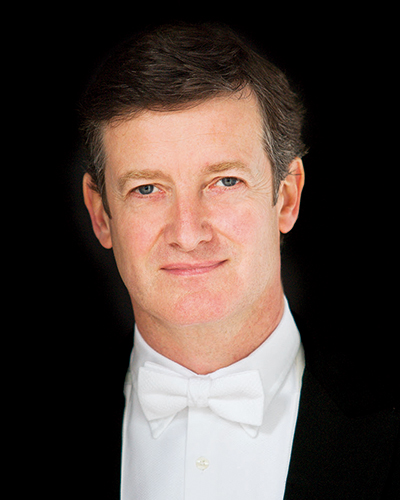 Internationally renowned as an opera and concert conductor of distinction, Harry Bicket is especially noted for his interpretation of Baroque and Classical repertoire and since 2007 has been the artistic director of The English Concert, one of Europe’s finest period orchestras. In 2013, following regular guest appearances with Santa Fe Opera, he became their Chief Conductor and in 2018 assumed the music directorship. Since taking up his position, he has conducted Così fan tutte, Fidelio, La finta giardiniera, Roméo et Juliette, Alcina, and Candide. During the 2019 season, he also performed Strauss’ Four Last Songs with Renée Fleming. Born in Liverpool, Bicket studied at the Royal College of Music and the University of Oxford.
The English Concert tour of Rodelinda, planned for spring 2020, fell victim to the severe disruption caused by the ongoing pandemic, though, remarkably, a studio recording was made that has received critical acclaim. The English Concert also revised its planning to include a series of small-scale, highly successful livestreamed concerts from historic venues in the London area. Guest engagements later this season will include Bergen National Opera (La clemenza di Tito).

Earlier this week, Bicket appeared at LA Opera in performances of Handel’s Alcina with The English Concert.