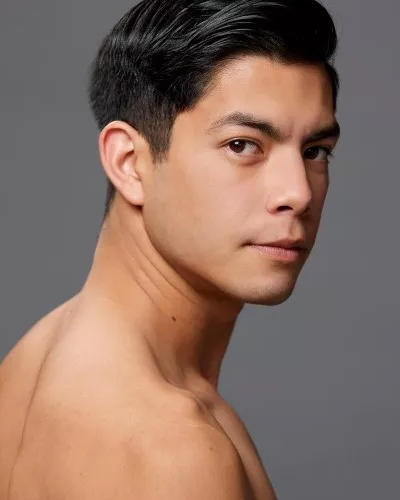 Hugo Pizano Orozco was born in Guanajuato, Mexico and moved to New Mexico at an early age, where he began his training with NDI-NM. He attended the New Mexico School for the Arts under the direction of Garrett Anderson. Hugo is currently a fourth-year dancer at the Juilliard School, where he will graduate with a BFA in dance in 2022. During his time at Juilliard, he has had the pleasure of learning repertoire by Forsythe, Balanchine, Ratmansky, Taylor, Cunningham, Kylián, and Donald McKayle. Additionally, he has been a part of new creations by Marcus Jarrell Willis, Jamar Roberts, Bobbi Jene Smith, and Ohad Naharin. This is his first season with Ballet Hispánico.