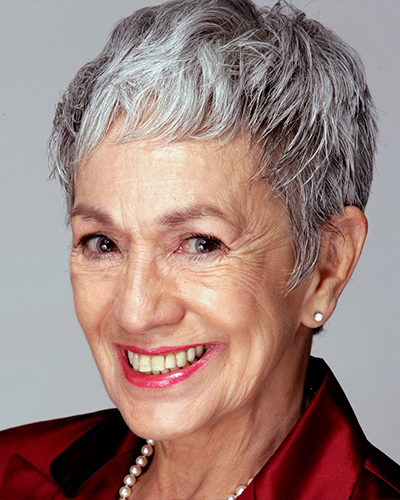 Tina Ramirez founded Ballet His­pánico in 1970 and served as the company’s artistic director until 2009. Under her direction, over 45 choreographers—many of international stature and others in the early stages of their careers—created works for the company.

Ramirez was born in Venezuela, the daughter of a Mexican bullfighter and grandniece of a Puerto Rican educator who founded the island’s first secular school for girls. Her performing career included international touring with the Federico Rey Dance Company, the Broadway productions of Kismet and Lute Song, and the television adaptation of Man of La Mancha.

In recognition of her enduring contributions to the field of dance, Ramirez received the National Medal of Arts, the nation’s highest cultural honor, in 2005. Juilliard awarded her an honorary degree, Doctor of Fine Arts, in 2018. Numerous other awards include the Honor Award from Dance/USA (2009), the Award of Merit from the Association of Performing Arts Presenters (2007), the Dance Magazine Award (2002), the Hispanic Heritage Award (1999), a Citation of Honor at the 1995 New York Dance and Performance Awards (the “Bessies”), the New York State Governor’s Arts Award (1987), and the New York City Mayor’s Award of Honor for Arts & Culture (1983).