Skip to content
A Clear and Present Danger: The Wild West of the Web, the First Amendment, and Saving the News 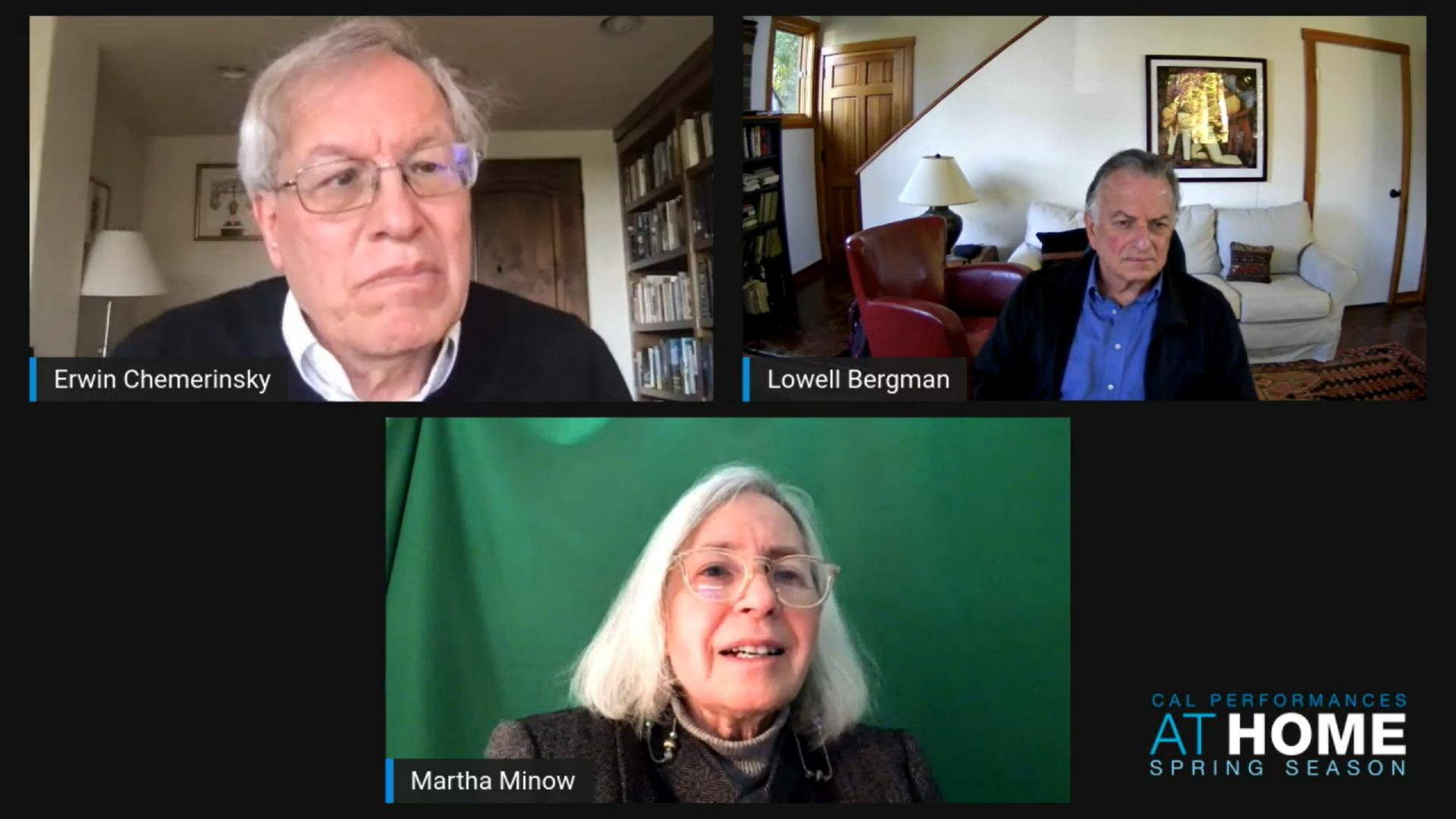 Beyond the Stage / Illuminations

A Clear and Present Danger: The Wild West of the Web, the First Amendment, and Saving the News

Today, the platforms that dominate the internet have the power to determine whose voice is heard. Facebook, Google, and a handful of other social media platforms enjoy huge profits from content that they do not pay for. As Internet platforms draw attention, profit from ads and uncompensated posts, the news industry—the public’s primary generator of reliable information— has experienced decades of decline and hundreds of local communities have no coverage of local politics, health, police, or corruption. The Constitution mentions and protects only one private industry: the press—and at this moment, local, regional and even national news media are on the ropes or dying.

In her book, Saving the News, Prof. Martha Minow of Harvard Law School addresses this ongoing crisis and argues for the necessity of vigorous government regulation, along with innovative policies designed to rescue news we can trust from extinction. For this special online event, Minow was joined by Dean of Berkeley Law Erwin Chemerinsky—a renowned legal scholar who has argued First Amendment cases before the US Supreme Court—for a conversation exploring what role—if any—government regulation and action can, and should, play in taming the forces that now threaten the very existence of a free press and our democracy. Veteran reporter/producer and Berkeley emeritus professor Lowell Bergman moderated the discussion, adding his own perspective on the history of the regulation of electronic media.

A Clear and Present Danger was presented as part of Cal Performances’ 2020/21 Illuminations: Fact or Fiction programming, which examines what happens when alteration of the truth—even the deliberate dissemination of disinformation—begins to affect our ability to tell fact from fiction, and how this challenge is impacting today’s world.

Martha Minow is the 300th Anniversary University Professor at Harvard University, where she has taught at Harvard Law School since 1981 and served as dean from 2009–17. Her courses include advanced constitutional law; fairness and privacy; family law; international criminal justice; law and education; and law, justice, and design. An expert in human rights, constitutional law, and advocacy for members of racial and religious minorities and for women, children, and persons with disabilities, Minow also writes and teaches about media policy, privatization, technology and ethics, military justice, and ethnic and religious conflict.

Martha Minow’s book, Saving the News, will be released on June 3, 2021, and is available for pre-order. Cal Performances patrons can enjoy 30% off with discount code ALAUTHC4.

Erwin Chemerinsky is the Dean and Jesse H. Choper Distinguished Professor of Law at Berkeley Law. Prior to assuming this position, he was the founding dean of the School of Law at the University of California, Irvine, and a professor at Duke Law School, the University of Southern California Law School, and DePaul Law School. He is the author of 12 books and over 200 law review articles. Chemerinsky frequently argues appellate cases, including in the US Supreme Court. In January 2021, he was named President-elect of the Association of American Law Schools.

Lowell Bergman is the Emeritus Reva and David Logan Distinguished Chair in Investigative Reporting at the UC Berkeley Graduate School of Journalism. Bergman lectured for 28 years and in 2005 founded the Investigative Reporting Program at the Graduate School of Journalism. A veteran producer/reporter at ABC, CBS, and PBS for programs ranging from 20/20 to 60 Minutes and Frontline, he joined the New York Times in 1999. There he forged an alliance between the newspaper and PBS’ Frontline, pioneering and producing stories simultaneously on multiple platforms. In 2004, one of those projects, “A Dangerous Business,” received numerous national broadcast awards from The Dupont to Emmys, as well as the Pulitzer Prize for Public Service. Bergman’s struggle with CBS and 60 Minutes over a story about the tobacco industry became a major motion picture, The Insider (1999), starring Al Pacino (as Bergman), Russell Crowe, and Christopher Plummer.

This event was produced in partnership with the UC Berkeley Institute of International Studies and was co-sponsored by Berkeley Law, the Center for the Study of Security in Politics, the UC Berkeley Emeriti Association, the Goldman School of Public Policy, the Institute of Governmental Studies, Investigative Studios, and the Jonathan Logan Family Foundation.

This talk was free and open to the public, and featured a Q&A session with the panel.