Composer Ted Hearne confronts the inequities of urban gentrification head-on in Place, an oratorio created in collaboration with director Patricia McGregor and librettist Saul Williams. The fully staged, evening-length work—seen here in its West Coast premiere—features six vocalists and an 18-member ensemble that blends the energy of rock, pop, and electronic music with acoustic orchestral sonorities. The first part of the libretto is a collage of Hearne’s own writings and autobiographical reflections, which are placed in conversation with—and overtly challenged by—Williams’ text in the second half, which addresses displacement through the lens of history, social justice issues, and critical race theory. 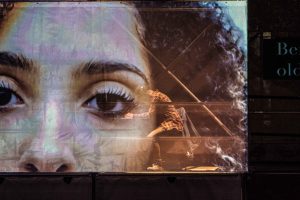